To clarify one thing first: I’m not the biggest Lord of the Ring fan there is. By the time it was released, I didn’t like the buzz about it, and I simply ignored it. Later my friends pulled me into the 2nd and 3rd movie and I felt a bit “forced” to watch them, which didn’t make too much sense, as I hadn’t seen the first one by then. I watched the first movie a couple of weeks ago, to get a better understanding of what will be shown in Hobbiton. That being said, it was a nice experience. So what will you find there?

During the shooting of the first movie the village was set up quite realistically for the Hobbits which were suppose to live there in the movie. After the shooting was finished the village was, too, until the new movie “The Hobbit” was being produced. Then they rebuilt the village and made it permanent (or as permanent as the hype around it :)). Now you can visit it by booking a tour. A bus brings you there, a guide shows you around and tells you funny stories about the movie, the set and the director. At the end they bring you back. The tour, the guide, the bus . This sounds a bit too much for the stuff you can see there. But after seeing it, it completely makes sense. The place is not as crowded as you’d think. The people around you are the ones who booked the tour at the same time you did. A new tour starts every 10 minutes. The stories are sometimes really funny to listen to. You see the whole place. People are not gathering just around the main sites. And you don’t prolong the stay too much. All in all it was cool to see how they set it up. The place is in the middle of a sheep farm and green hills. It really feels like “New Zealand”. And even if you’re not the biggest fan of the movie, it’s a place worth visiting. 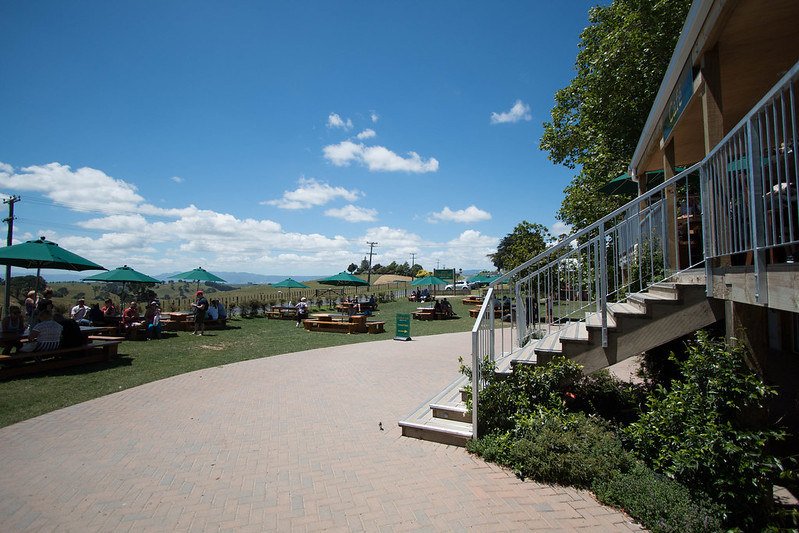 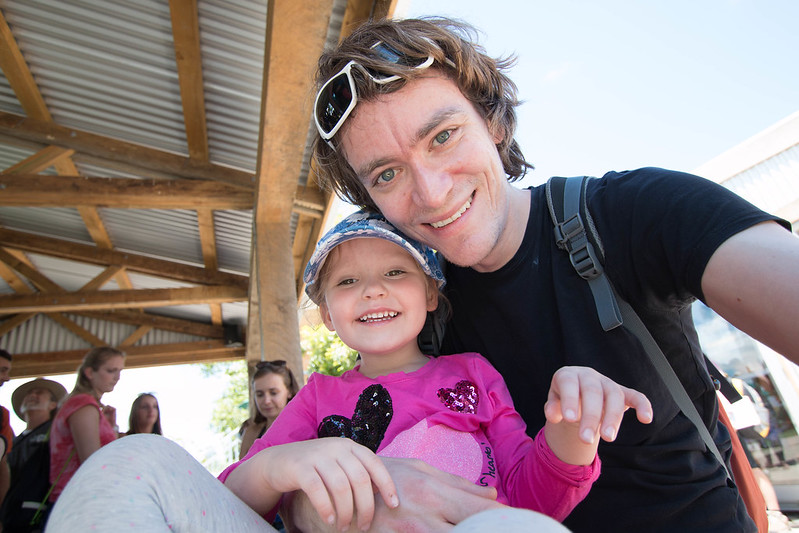 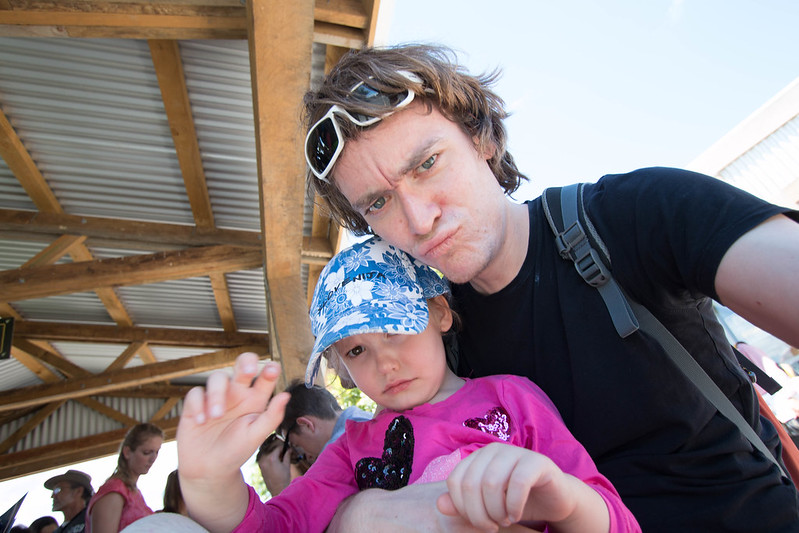 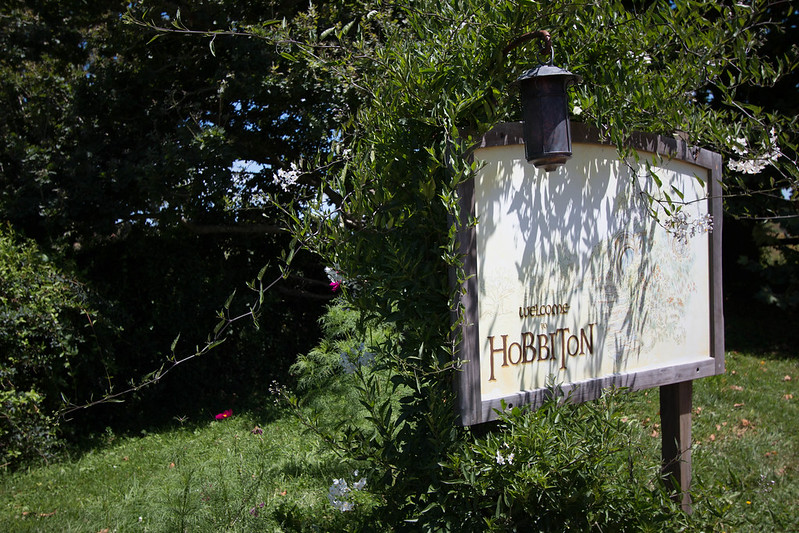 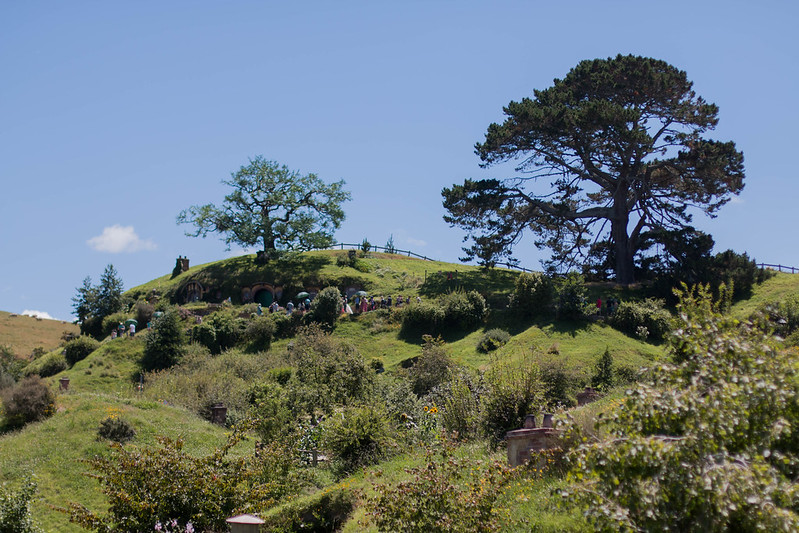 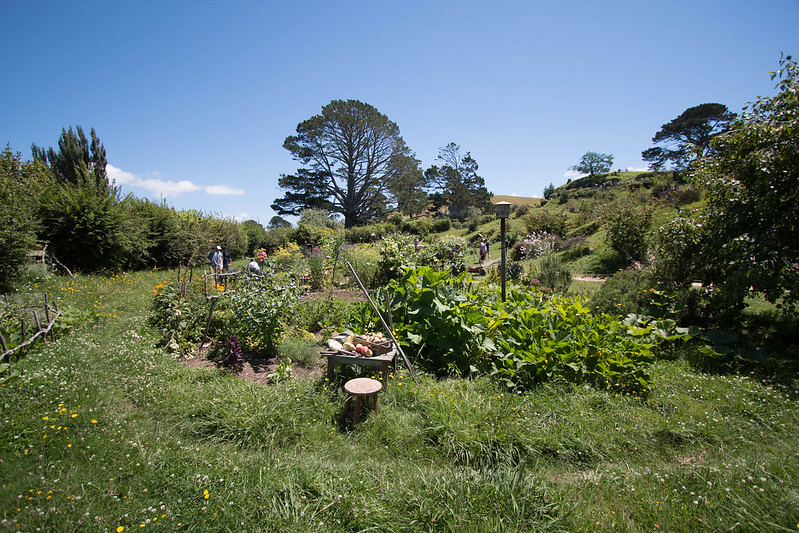 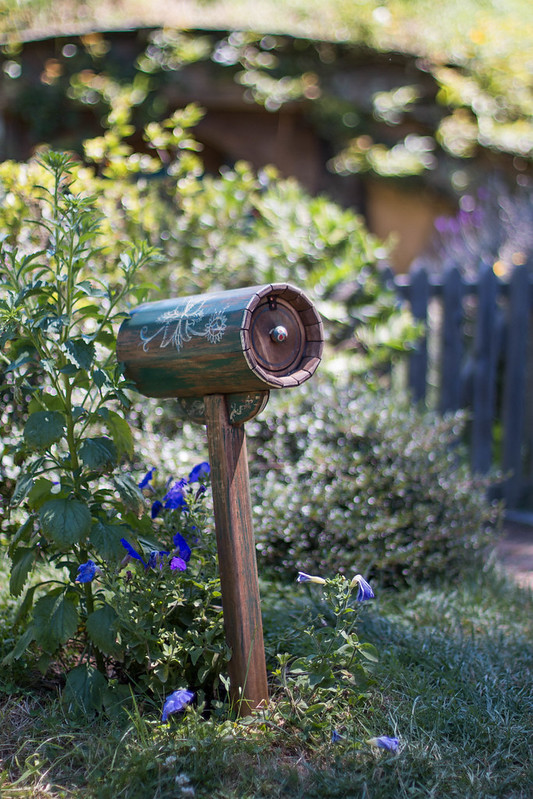 Every detail seem to fit perfectly in 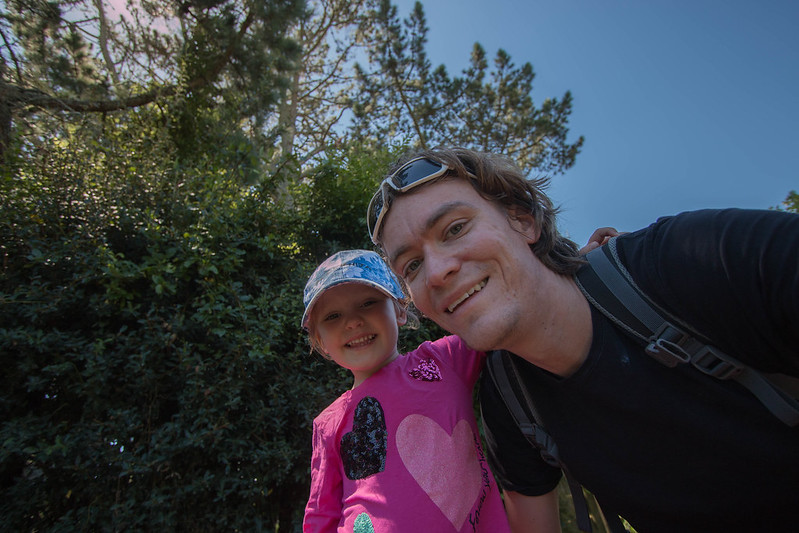 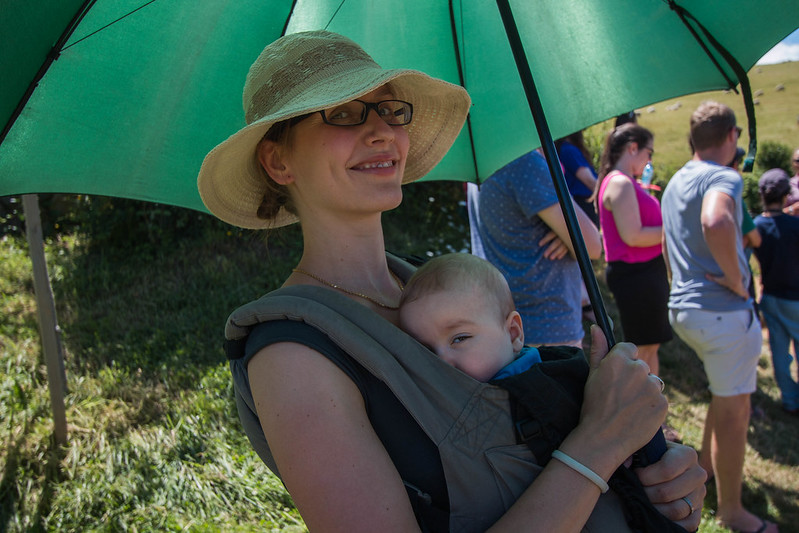 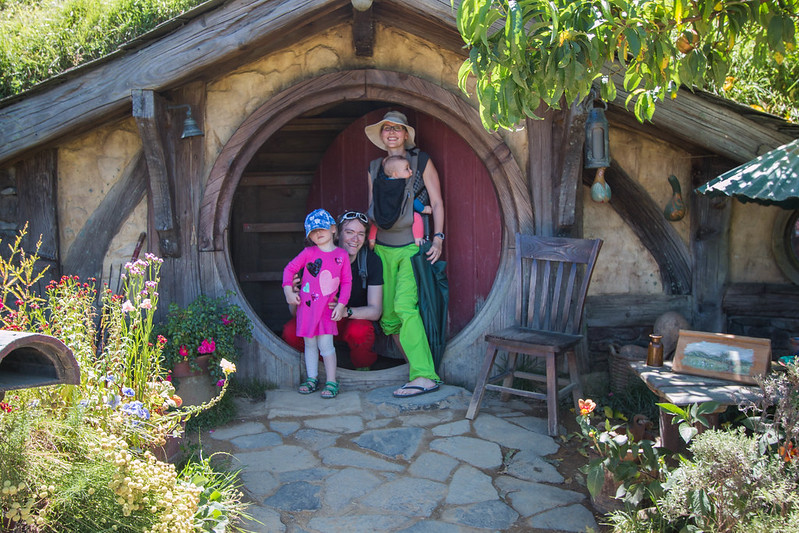 I think everybody who went there has that picture :) 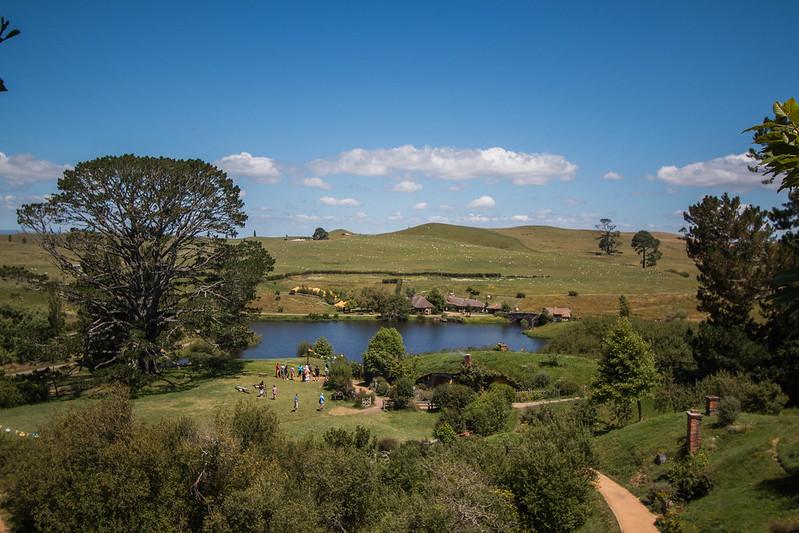 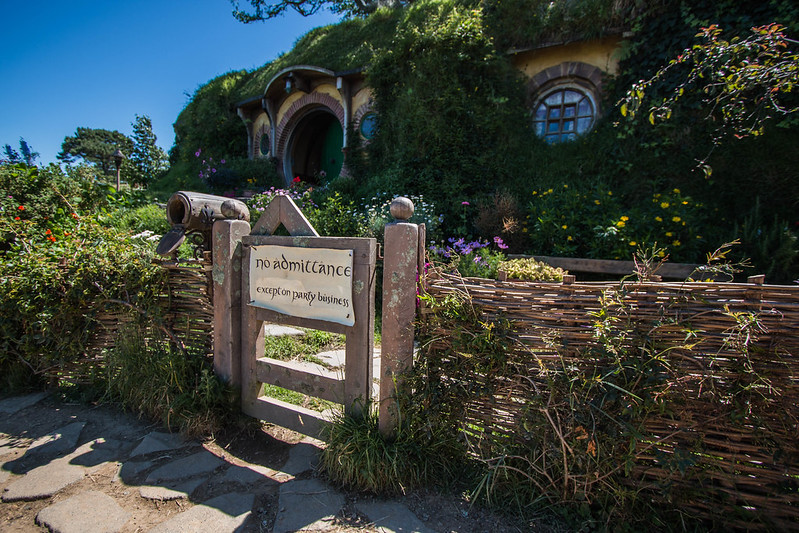 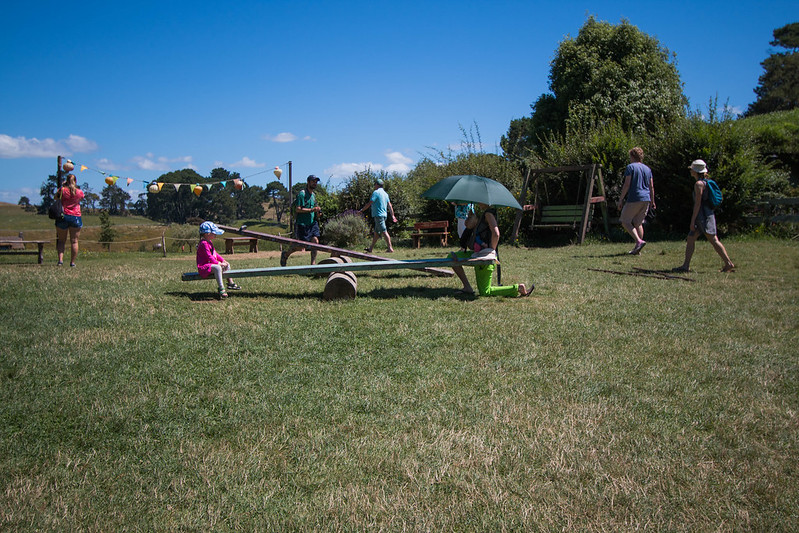 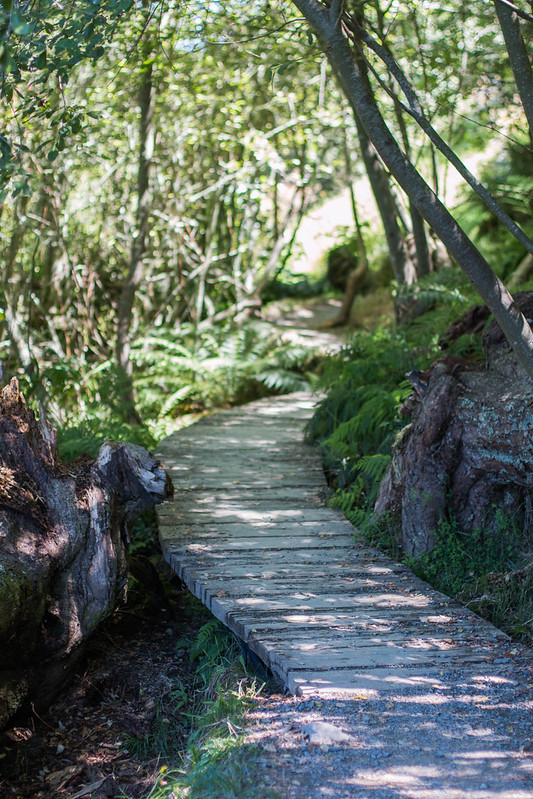 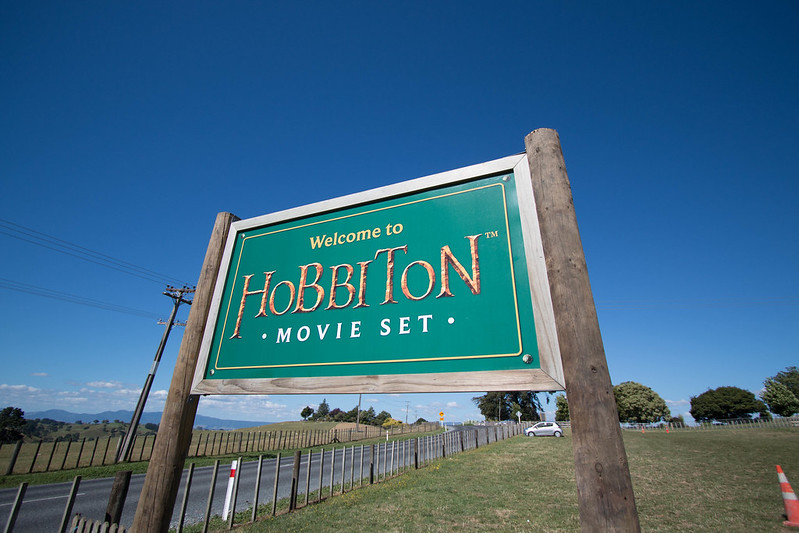