Driving towards the west coast

There’s so much to say about the drive from Wanaka to the west coast along the Mt Aspiring National park. Stunning. Amazing. Beautiful. It was definitely the nicest part of our 17 days around New Zealand. We were so lucky with the weather, so that we could enjoy the mountains, lakes and rivers in a beautiful sunshine. The road went right to Haast, where we continued towards Haast Beach to avoid the big Holiday Park and Top 10 campsites, which dominated the tiny little town. After dinner and a good night’s sleep we went to Franz Josef glacier. Linnéa got curious about the name, so I made up a story she demands to hear almost every day at least once. So here it is:

“A long, long time ago there was a country, which is not that far from Munich, called Austria. There lived a man. He was the “Kaiser”, which is the same as being a king. He ruled the country. And there was another guy living there who was called Haast. Mr. Haast loved to travel by boat and one day he stranded far away from home on an island, which was called New Zealand. This guy loved to explore the place and try to get from the one side, the east coast, to the other side, the west coast. He had to cross the mountains and decided to take a route where there’s ice all year around. Therefore it’s called glacier. This walk was really difficult and he was the first European who made it. So he could name the mountain. He was thinking a long, long time about it and couldn’t come up with a name. But then he thought, it would be really, really funny if the mountain would have the same name as his Kaiser. So he named it Franz Josef. And as Linnéa doesn’t like Franz Josef, it’s now renamed the Franz glacier.”

The glacier is fascinating and the changing nature around it even more. Photos showed impressively the power of nature and how the glacier is getting smaller every year. The place can be dangerous, they said. And it was not allowed to go closer than a certain point. Disturbing were the warnings they put there, written like: This tourist last year didn’t follow our warning and died (newspaper article next to it). Think about it before approaching further. It might be effective, but I don’t like scaring people. Instead of walking there you can take a helicopter tour. And you don’t believe how many helicopters were in the air. This destroys the atmosphere a bit. But it’s supposedly the “only safe way to get to the glacier”. 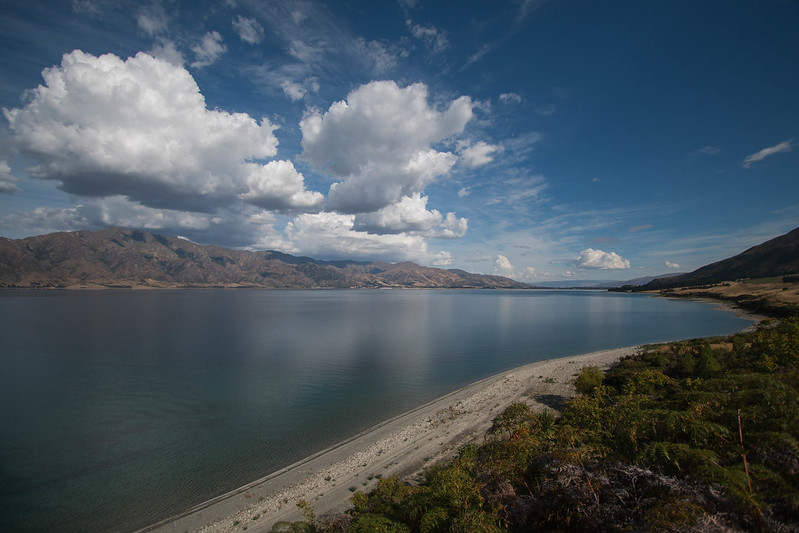 No words needed I think :) 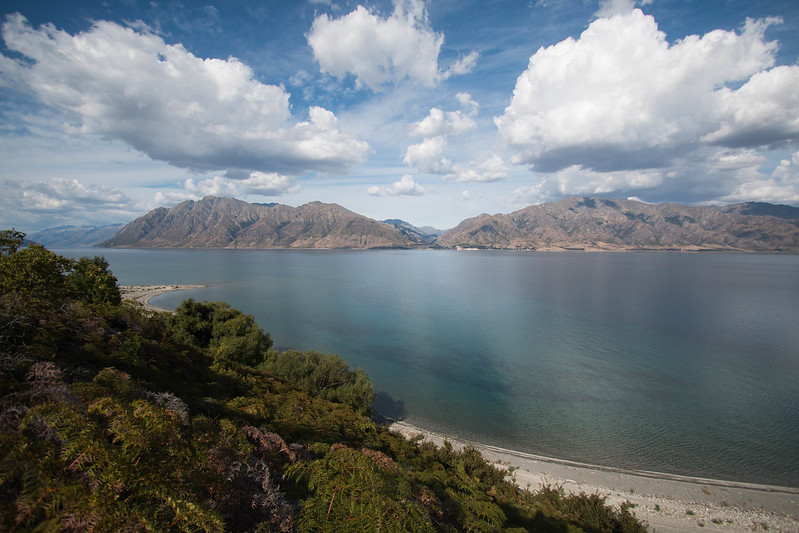 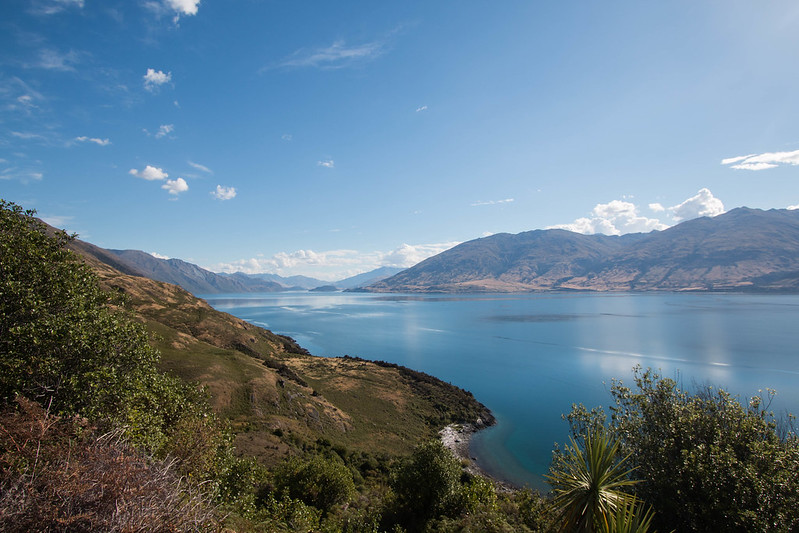 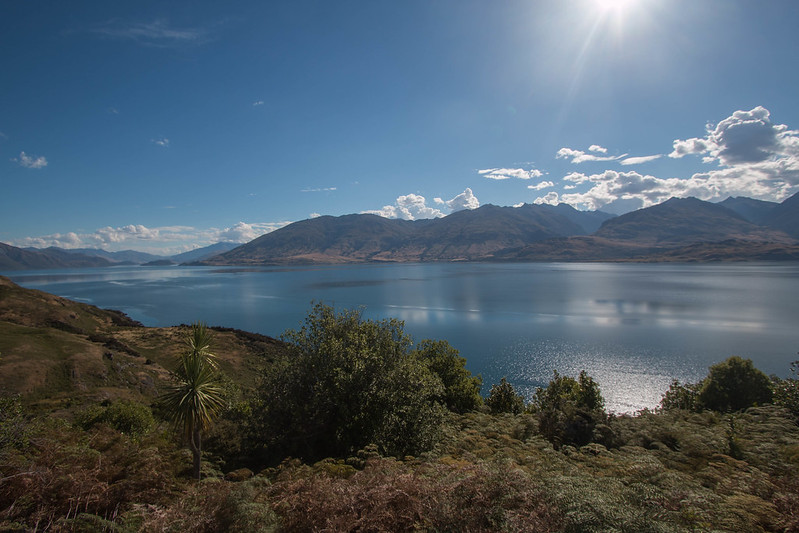 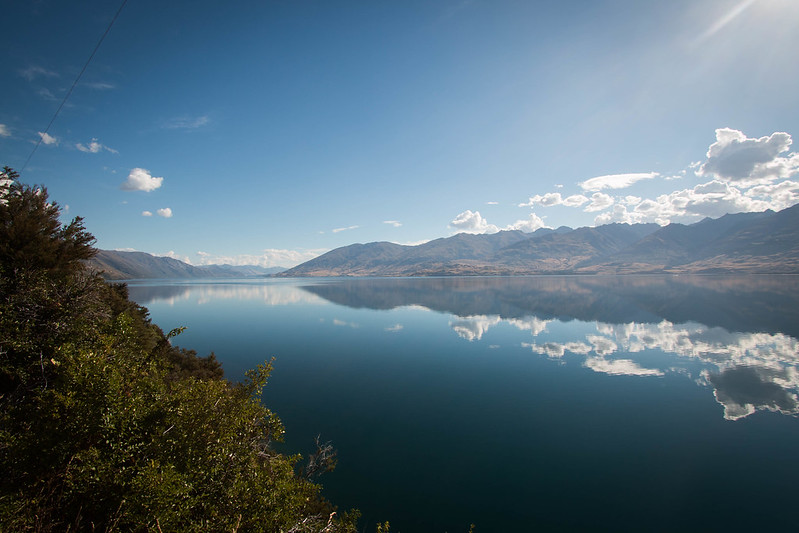 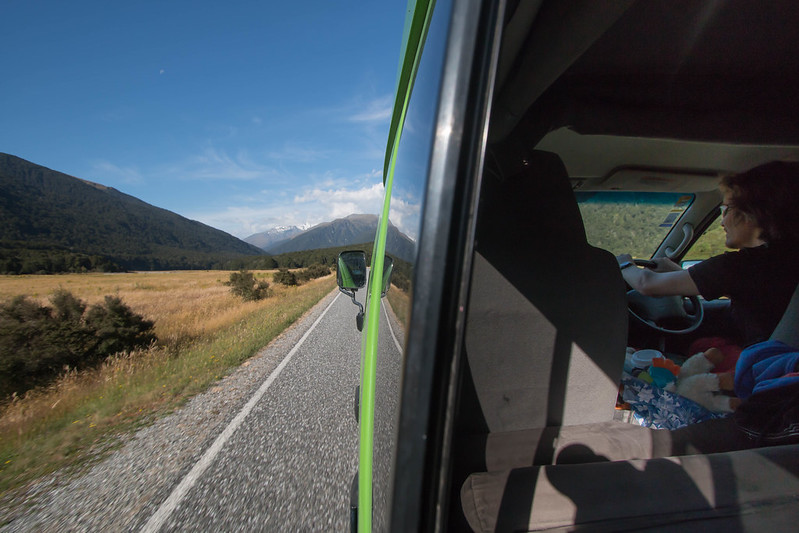 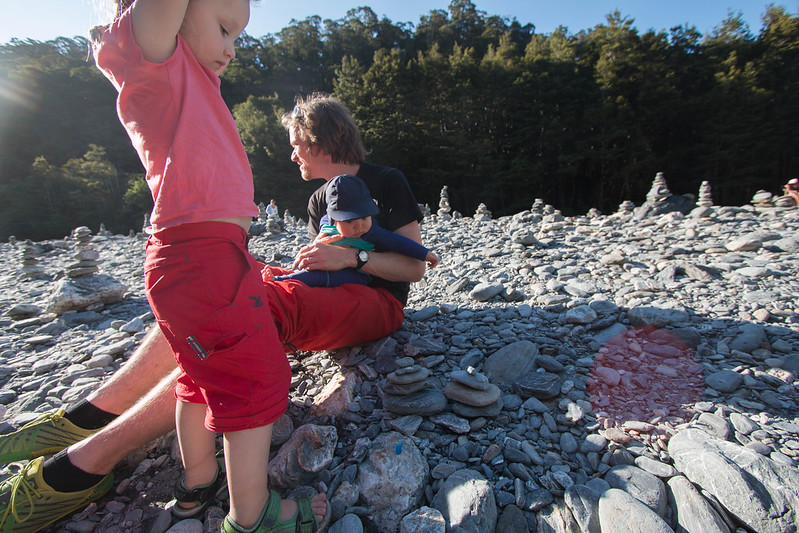 Stonemen were built by almost everybody who passed… 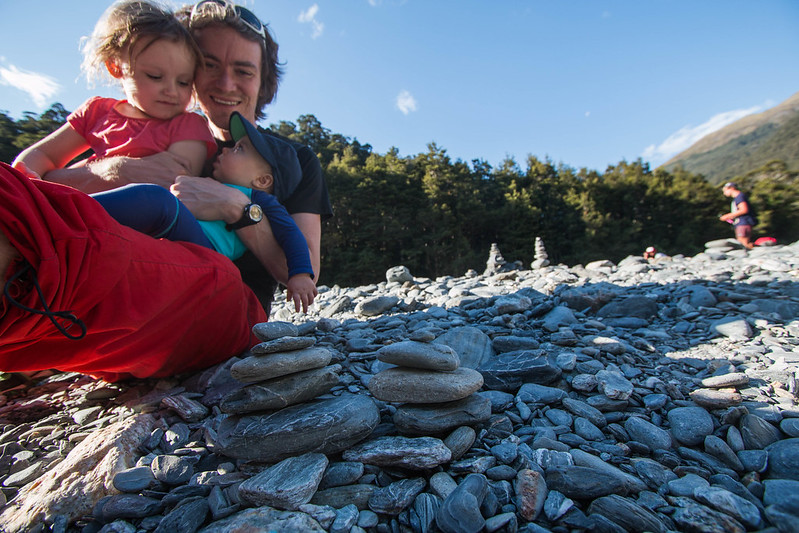 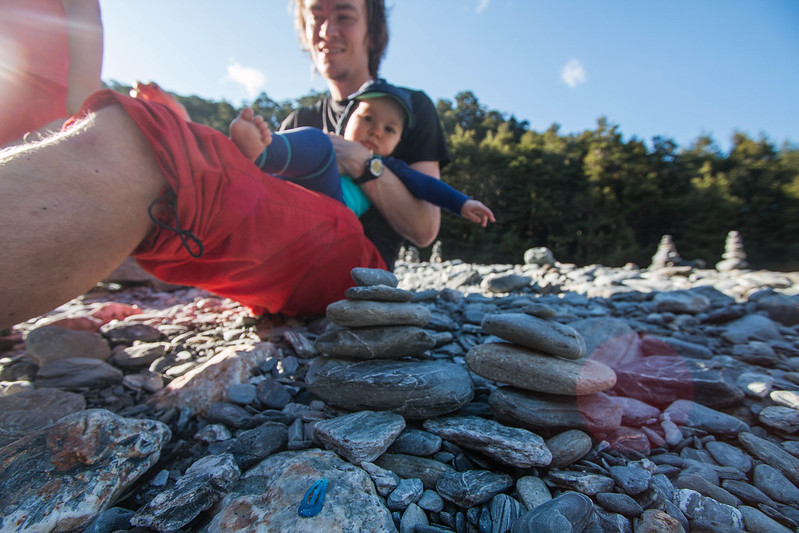 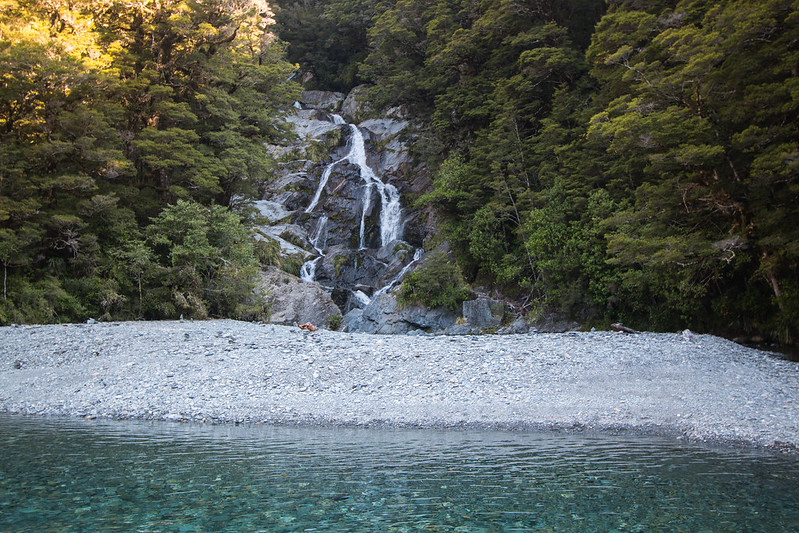 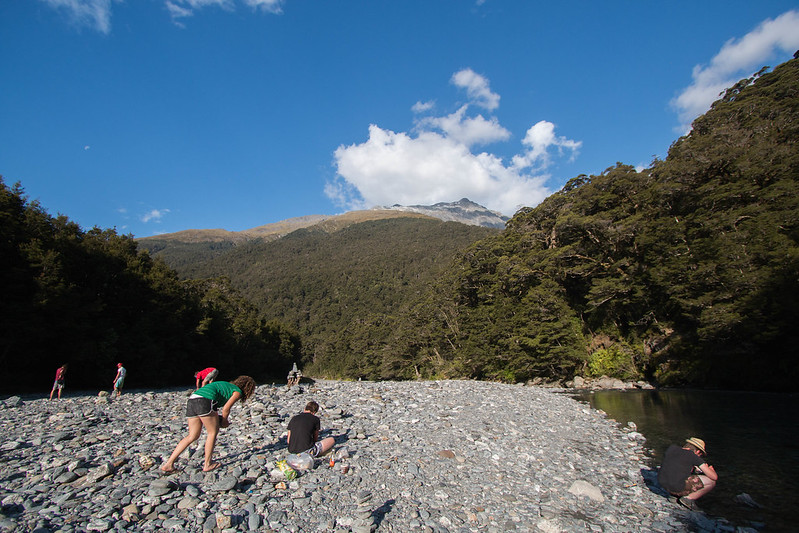 Relaxing atmosphere at the waterfall 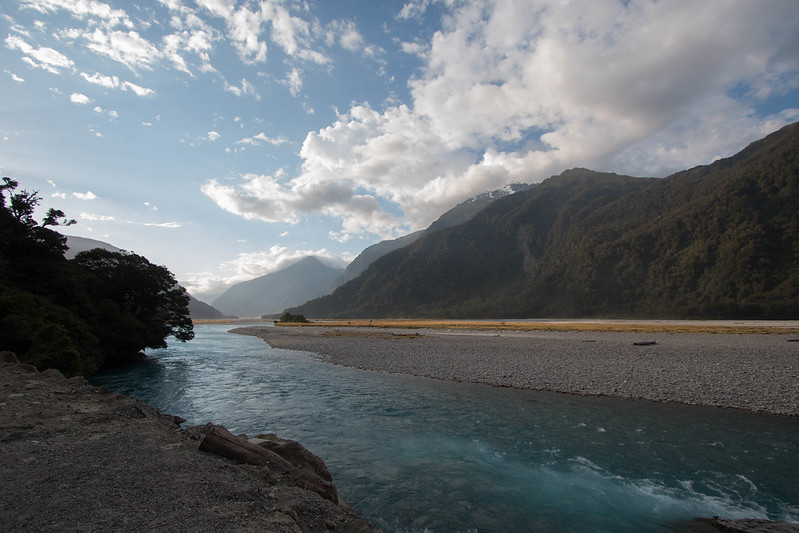 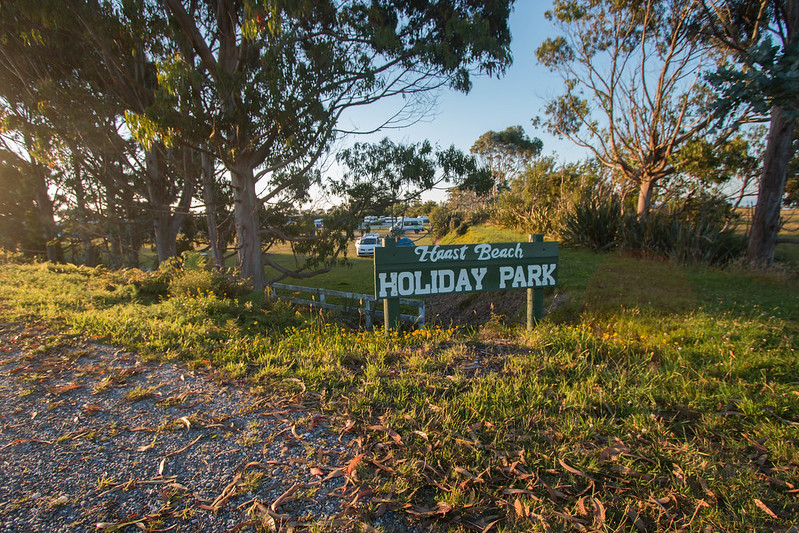 Our campsite at the west coast 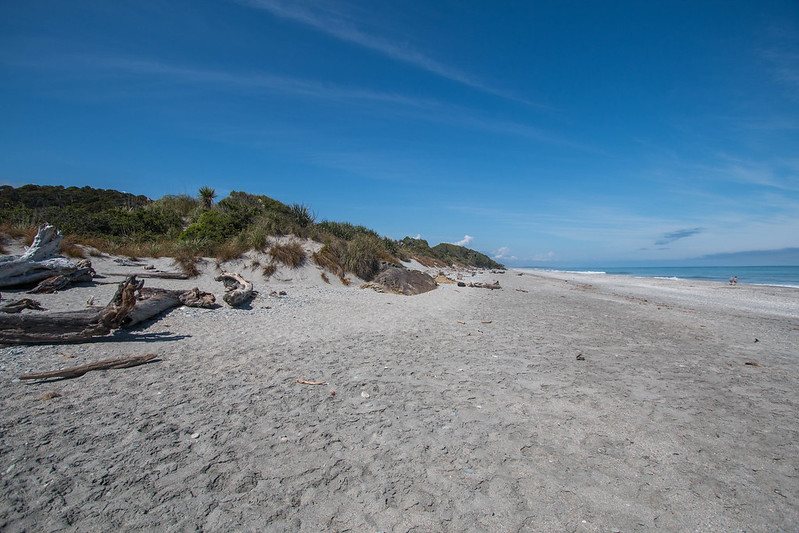 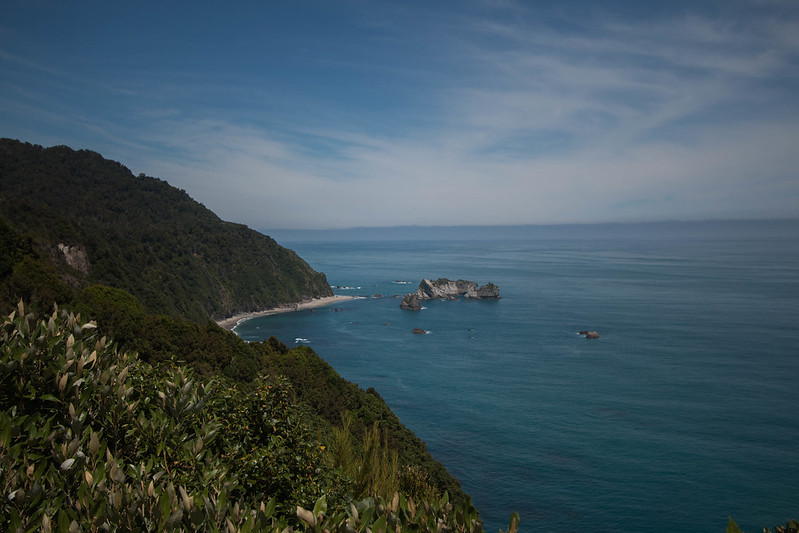 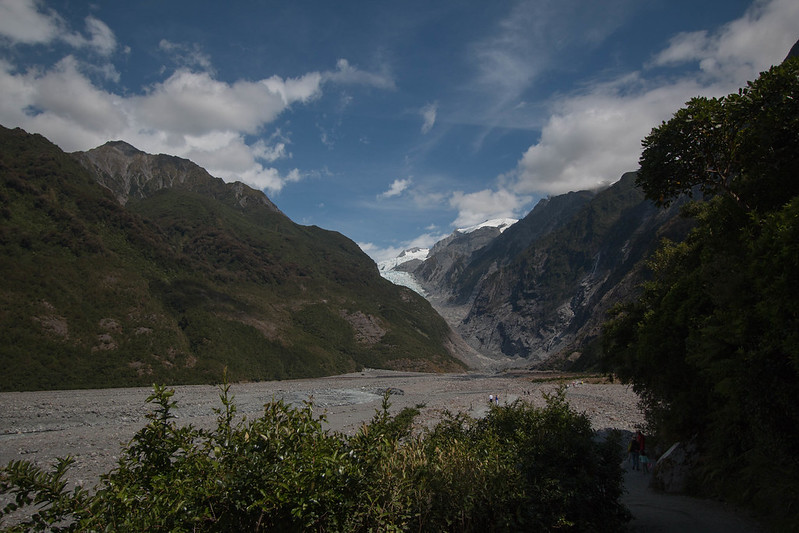 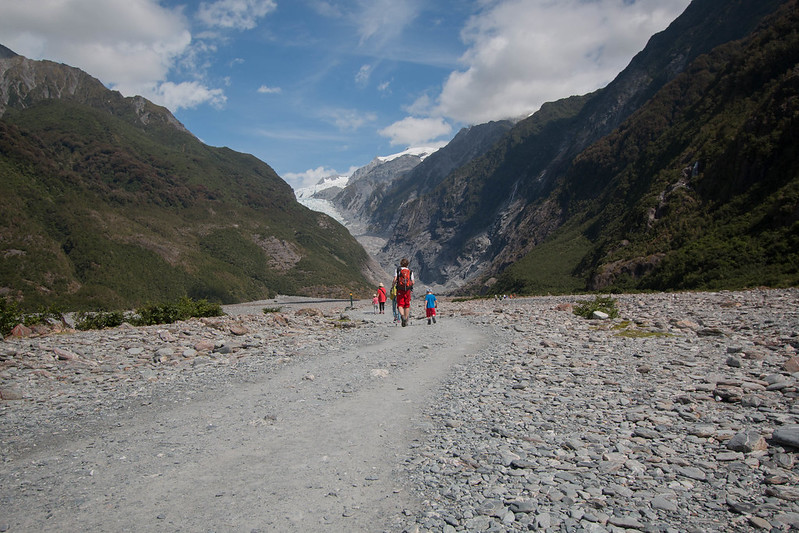 Hiking to the glacier 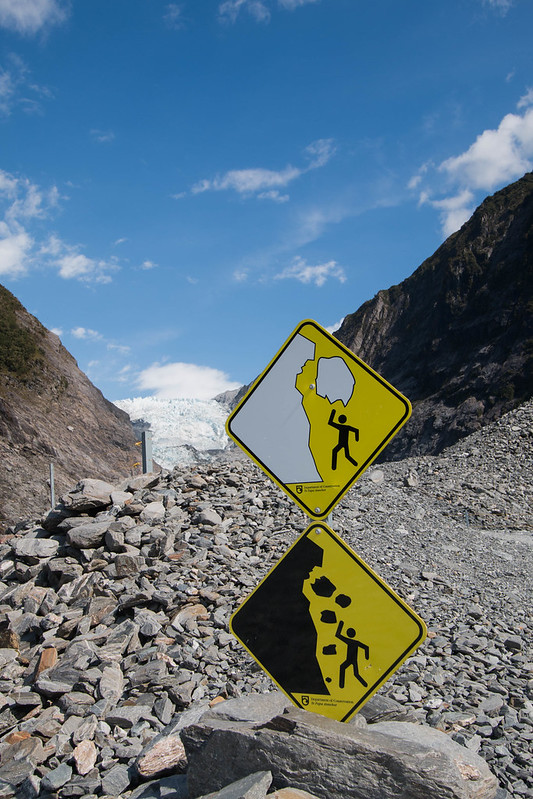 You cannot get too close because… 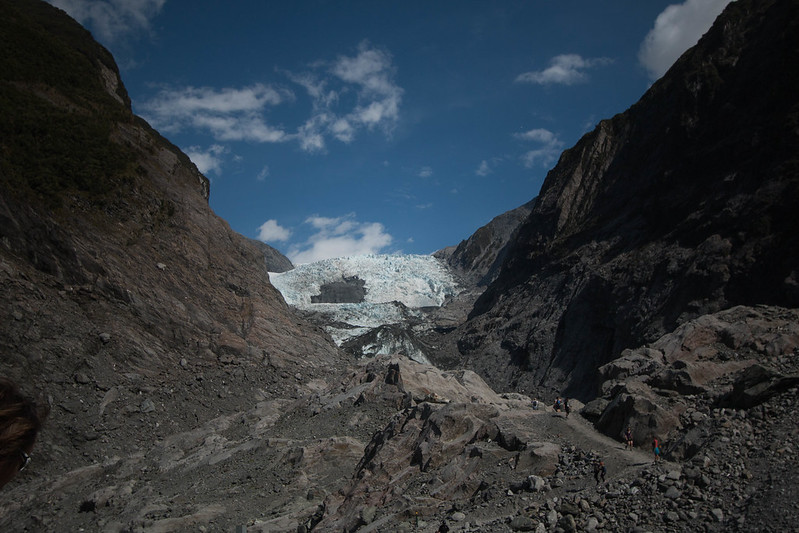 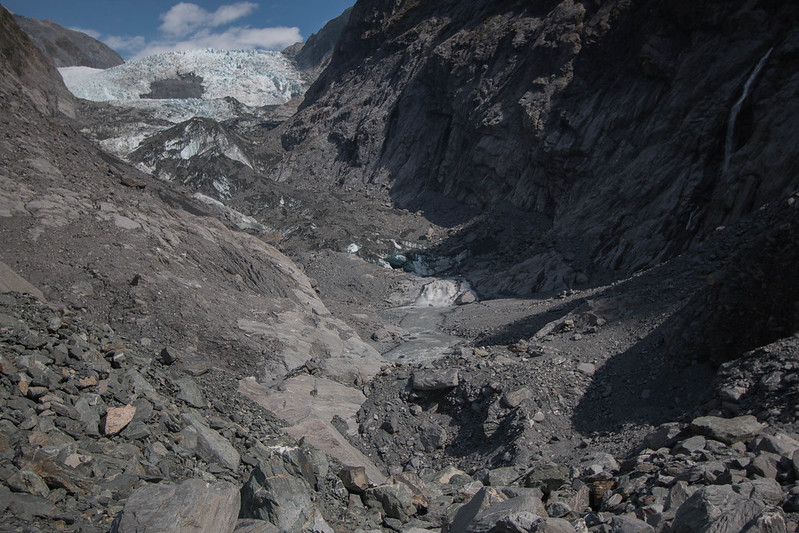 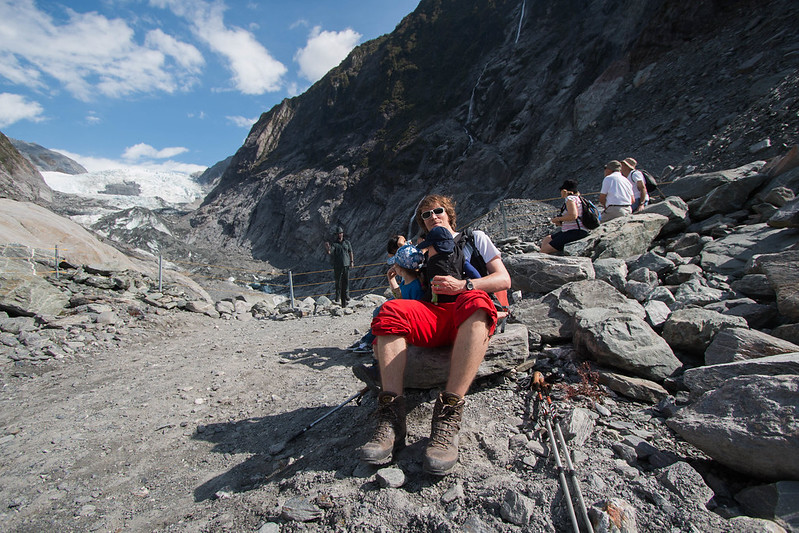 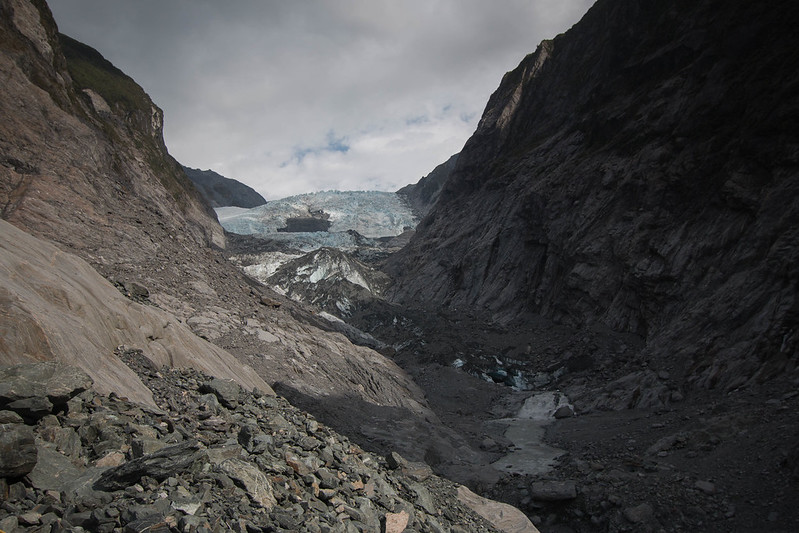 Fast weather change. Clouds where there was blue sky before 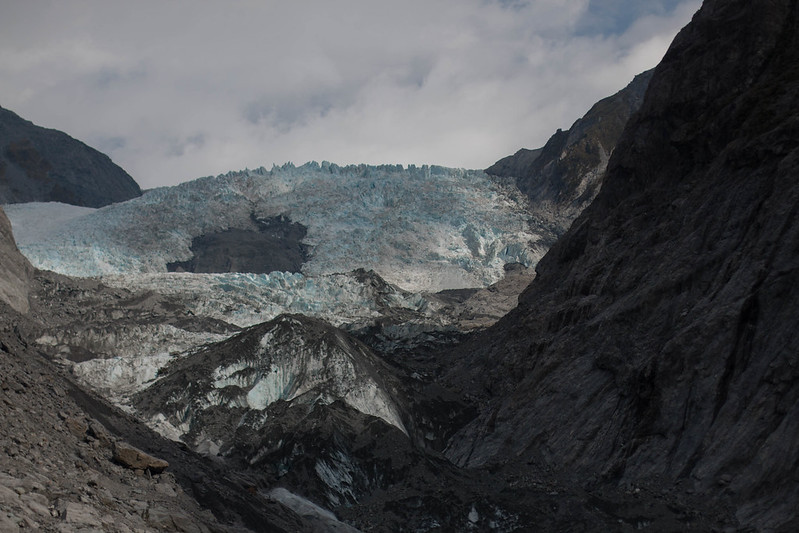 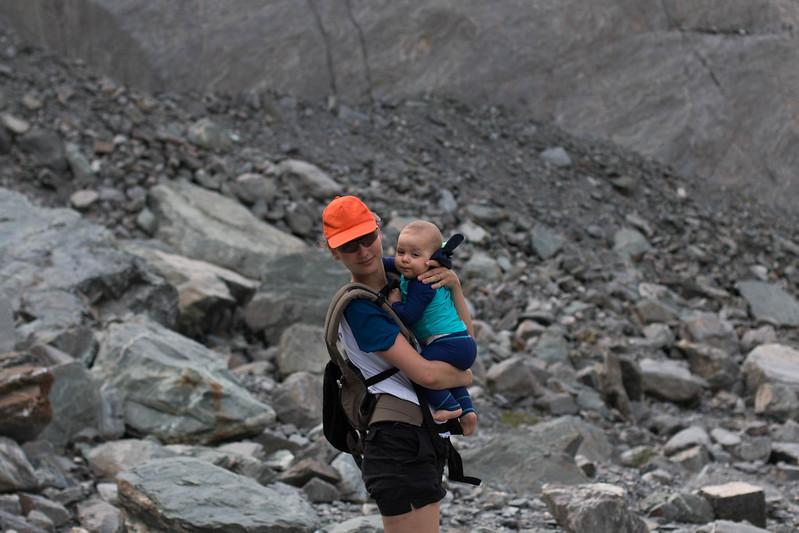 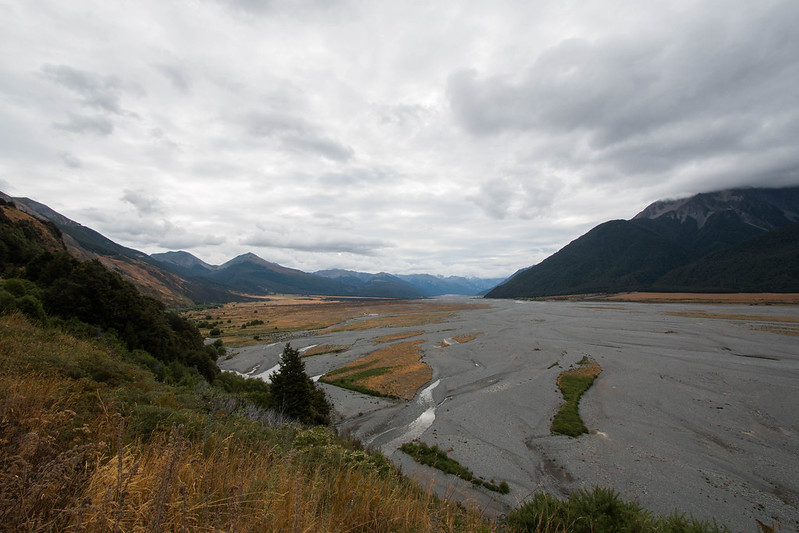 Campsite on the way towards Christchurch 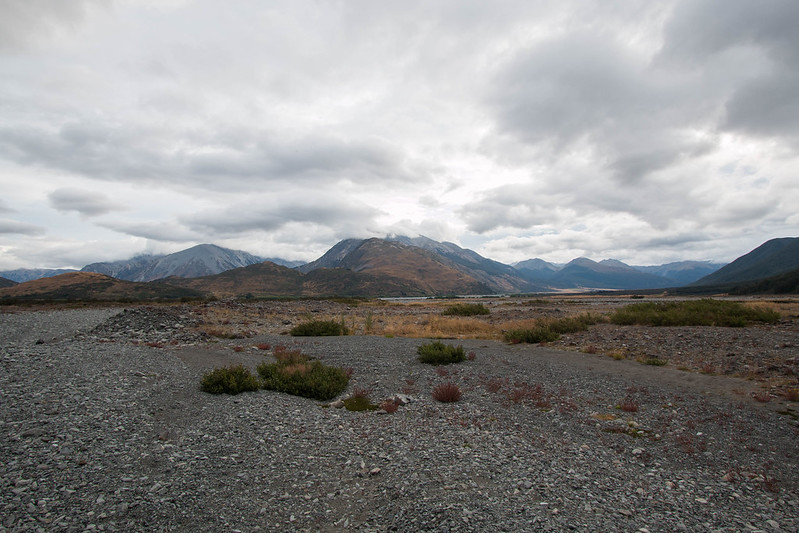 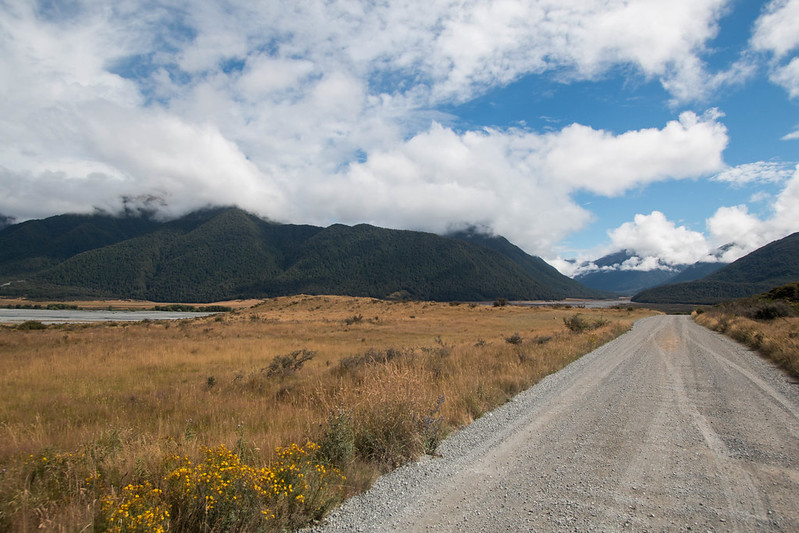